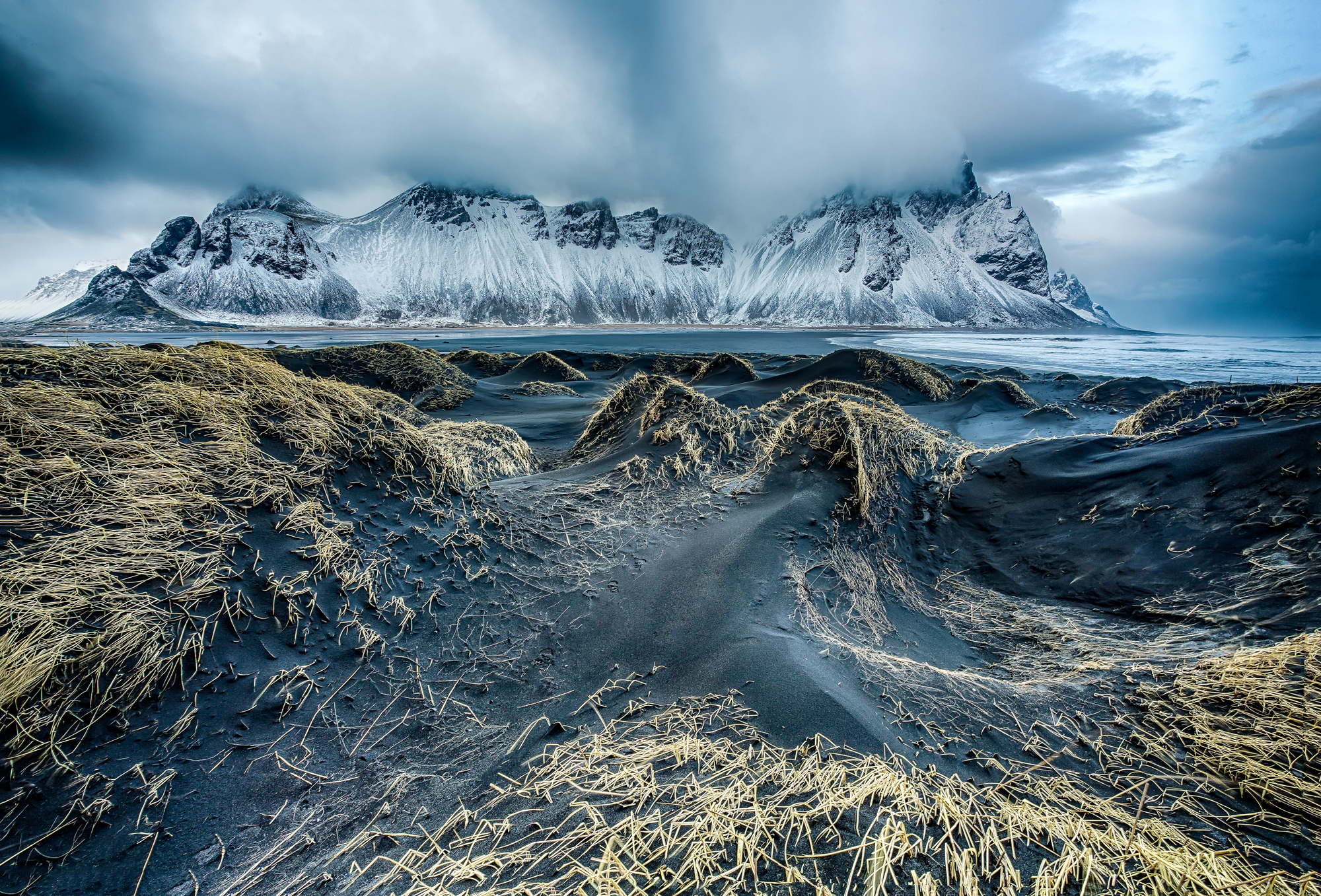 Calm before the storm!

Arrived at Vestrahorn just in the nick of time

There had been clouds, snow showers and heavy wind all day, but there had been breaks in the clouds, something we hadn’t seen in days! We spent the morning at the Ice Beach had a quick break for lamb soup at lunch and were on our way to Vestrahorn. It’s about an hour drive from the Hali Country Inn. When we arrived there were a few clouds dancing around the mountain range. The sun was starting to set over my right shoulder and many went off to photograph the setting sun. I had studied a few images of this location and knew I wanted to capture the brown wind blown grass on the black sand dunes… This image is one of my favorites. I was lucky to to initially settle in on this comp as 20 minutes later a snow squall blew in and left us with white out snow conditions… 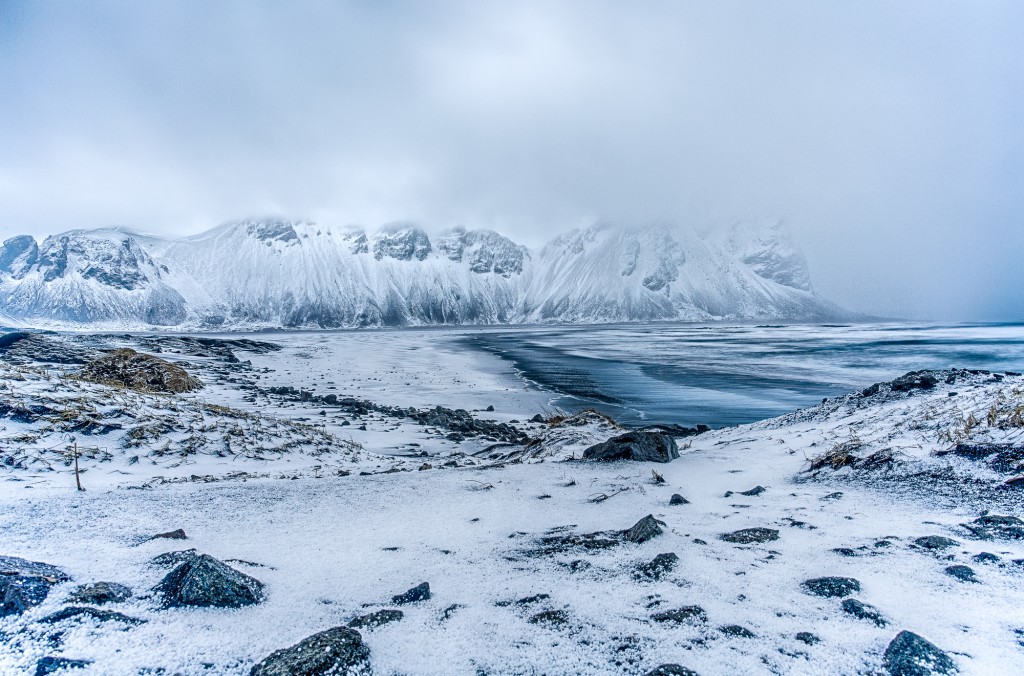