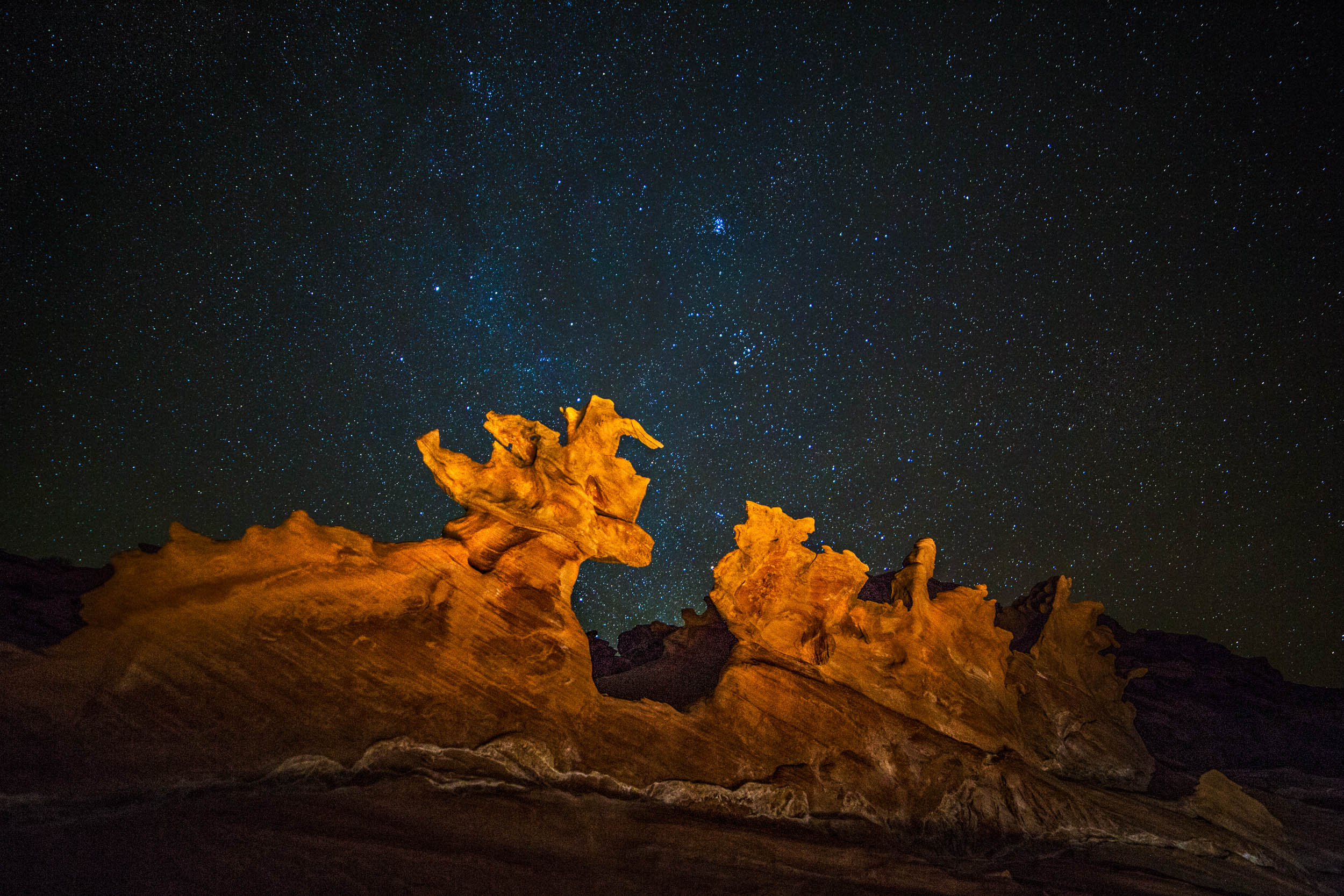 Had the opportunity to spend some time in this remote section of Southern Nevada. I’m not sure I’ve seen such delicate fins of sandstone anywhere. We were there on a cloudless night which allowed for experimentation in astrophotography.

I’ve created a Little Finland Photo Gallery where you can find larger versions. Prints are also available there or by contacting me directly.

Here’s a partial view of the Milky Way! The Galactic center had already set to the west this time of the year, but this was still fun to see and photograph.

I think this looks like a Raptor, what say you? We experimented with light painting on the Raptor! Light Painting is something that I hope to continue to work on! It’s more challenging than I had thought it would be. Shooting long exposures to capture the stars means you don’t need a lot of light on the rocks. A little glow will do!

These fins were impressive! I’d love to hear some ideas on what these look like! We did some light painting here as well,

Here’s our campsite under the Milky Way!