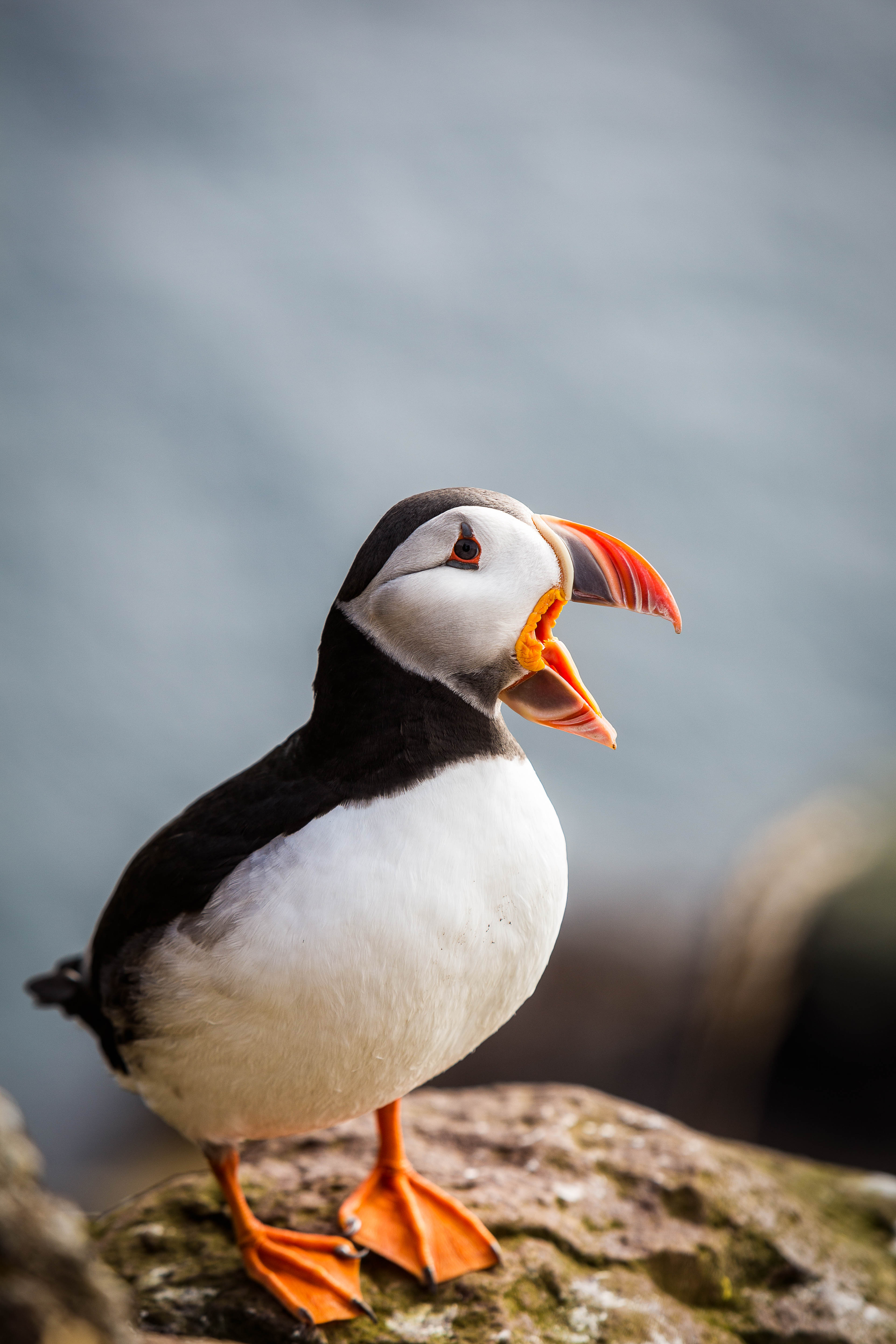 Found the Puffins in the West Fjords, Iceland, finally!

Having never been to the West Fjords, we decided to explore starting in Grundarfjörður, Iceland which is on Snæfellnes Peninsula and make our way to LÁTRABJARG in the West Fjords. There are two ways to get there in a car. One is driving the whole way, and the other is to take a ferry. On google maps and apple maps, the time listed was 4.5 hours via the ferry route. Which were roughly 2 hours in the car and 2.5 hours in the ferry boat the maps didn’t give us a good idea of how long it would take to drive, so we decided to drive and see the Fjords!

We rolled out of Grundarfjörður around 10 am and started following the map directions that would drive us around and ended up at the Ferry Station! That was a sign!  Once we got on the correct road, everything was going well until the pavement ended!

In Iceland when you’re around Reykjavik, there are great roads with divided freeways with on ramps and off ramps and abundant roundabouts. As you leave the city, you end up on a very nice two lane road. As you get even further away, you can find yourself on 1.5 lane dirt roads or worse!

I checked the map on the phone and noticed that this gravel road was well over 30 KM!

Fast forward 5 hours later after a very scenic and often scary trip to the middle of the West Fjords, we stopped to figure out where we were and what we were going to do. We decided to see about taking the ferry back instead of driving and discovered that the last ferry across left a 7 pm. It was now 3 pm.

We were still 1.5 hours from the Puffins according to Google Maps! Google Maps also said it was roughly 93KM or 60 miles or so! 60 miles in 1.5 hours?

That’s doable, right? So with some simple math, we had a 3-hour drive there and back which left us 30 minutes or so to watch the Puffins! We decided to go with 30 minutes for wiggle room catching the ferry back.

Off we go to see the Puffins! The first 45 minutes were great except for the steep two-lane paved road up and down a mountain and then the pavement ended! The last 40KM were on a one lane gravel road. Up and down steep mountains, around fjords with the edge of the road dropping off hundreds of feet to the ocean below and a time crunch!

We reach LÁTRABJARG in 1 hour 35 minutes. Exactly the time that Google Maps said it would take! We park, jump out of the car and race up the hill to find the Puffins! The Puffins were a bit shy that day. We only found 5 of them, but this guy decided to wake from a slumber as we were racing back to the car for the same trip back in hopefully 1 hour and 35 minutes which would give us 20 minutes to make the ferry!

We made the Ferry!

All in all a fun adventure! Knowing what I know now, I would probably plan to spend two days in the West Fjords and not try to do it all in one day!