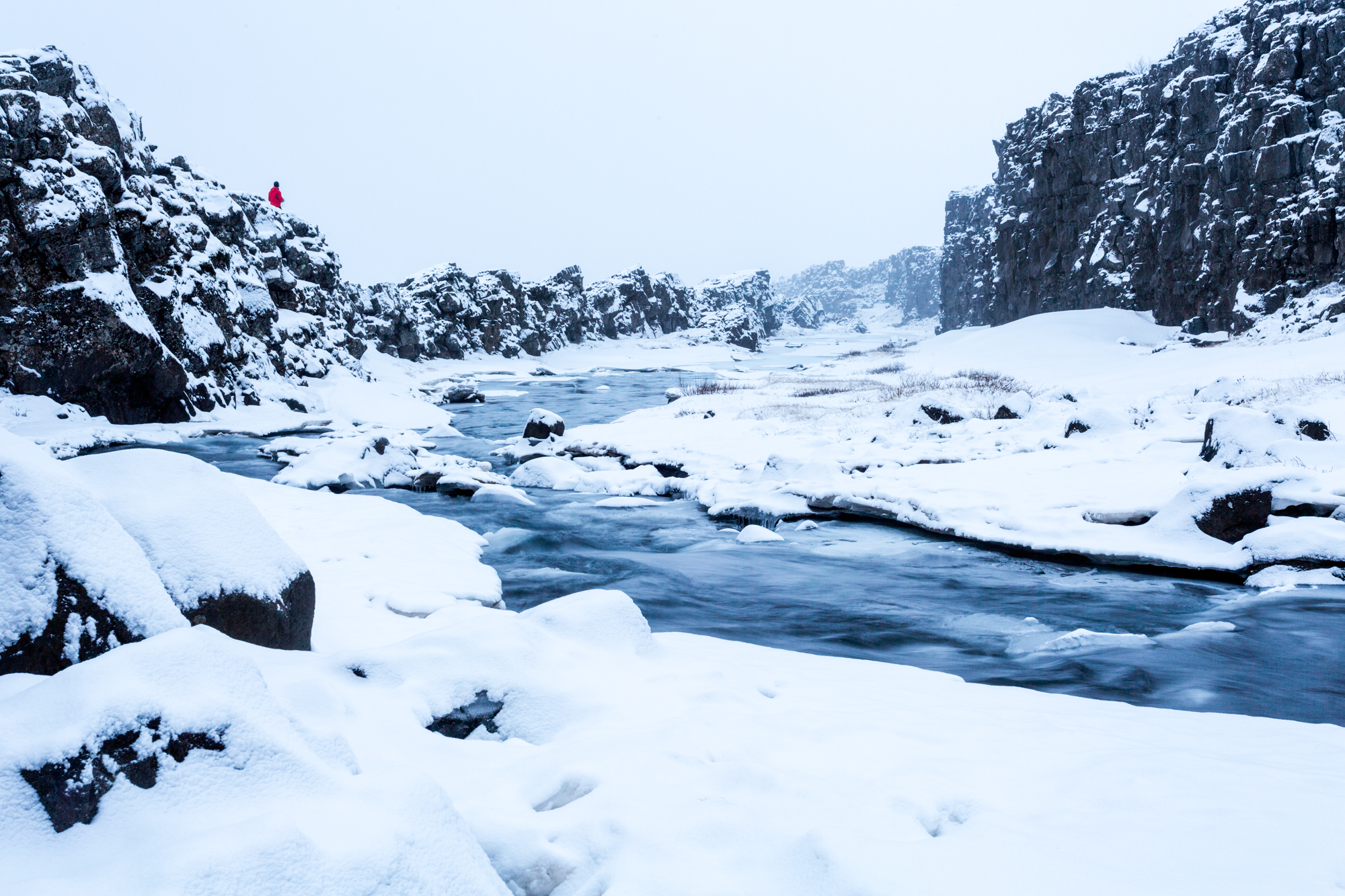 It’s a short hour or so drive from Reykjavik. It’s the split in the basalt that separates Europe and North America. I visited the area during the summer of 2014 and captured this image. Europe is on the left and North America is on the right.

I was also able to return to the location in the winter of 2016 and captured the same image as best I could remember, since it was covered in snow!

The second trip allowed me to also capture my buddy that made his way to the top of the Basalt ridge. It’s a great place to visit anytime of the year!

Which do you prefer?