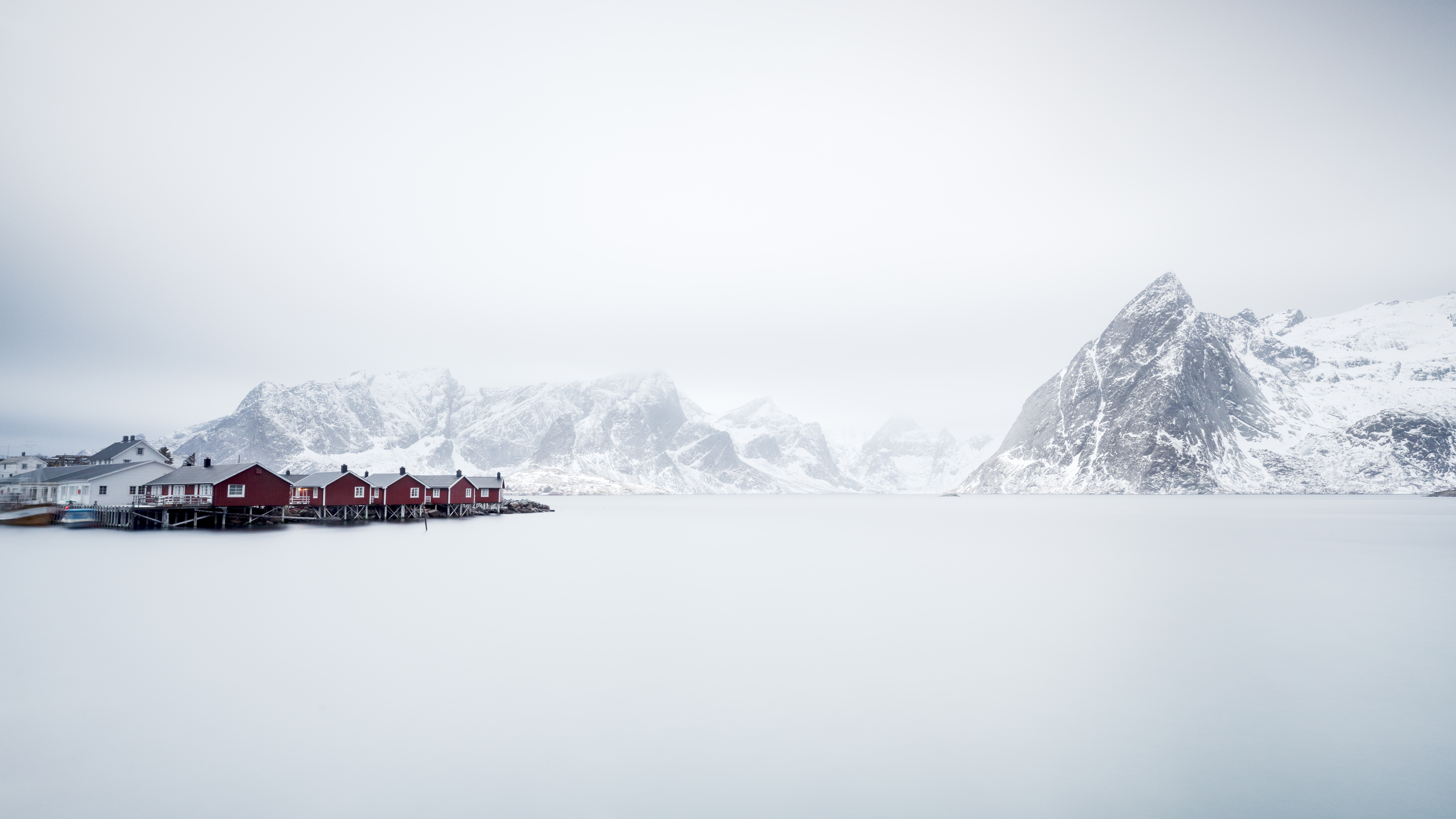 It took four separate (and lengthy!) airplane trips and another one-hour ride by car to get to what feels like the end of the earth. But all that travel—and braving the elements above the Arctic Circle—was well worth it. This is winter in Hamnøy Village, located at the far west end of Norway’s Lofoten Islands. 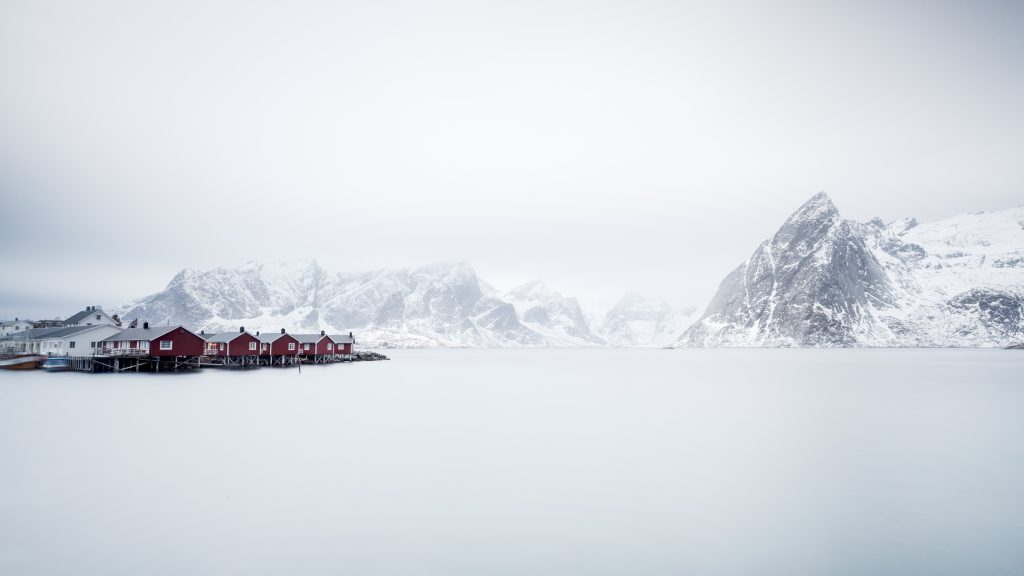 Hamnøy Village, on Norway’s Lofoten Islands, feels as remote as the end of the world. With the everchanging weather, quaint cabins, and soaring mountains, it’s a photographer’s playground.

The island itself is so small that Hamnøy’s little, red cabins—where we stayed for a few days—are build right over the water. When I captured this image, we had watched a beautiful sunrise here and then a wintry mix of clouds, high winds, and snow rolled through. I used a four-minute exposure to highlight the water’s silky texture.

For Hamnøy Village Print options head on over to my print site here.