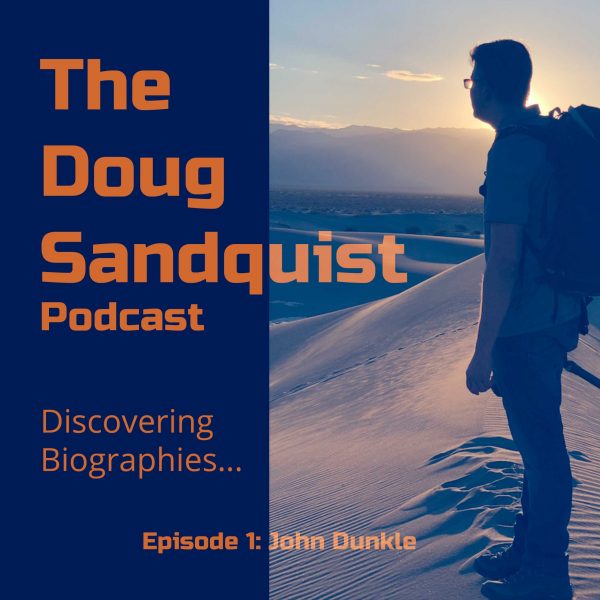 Doug’s Discovered Biography from this episode:
John Dunkle is an artist that is able to define the end before he begins, whether it’s Photography, Business or Philanthropy. He stopped playing the game a long time ago and focused on being creative!

Today’s podcast takes a dive into the untold parts of John’s Biography!

Quote from this Episode

“… practical experience may be more valuable than a [college degree]”

“.. you can’t walk down a street in Haiti without tripping over a church… kids can’t eat or live in a church.. ”

” We get really comfortable in what we know, now is the time to get uncomfortable and learn something new!”

John also is the Founder and CEO of Project Rennwish(http://www.rennwish.org/index.htm) that he built with his wife Jennifer. Here’s the biography from Rennwish.org:

Currently, Mr. Dunkle is founder and President of Workgroup Strategic Services, Inc., an executive management consulting and strategic planning firm. Based in Portsmouth, New Hampshire, its list of clients includes many major hardware and software vendors in the United States, Europe and the Far East. Throughout the years of operation, he has consulted to dozens of senior executives within major industry manufacturers and suppliers including: IBM, Dell Computer, Hewlett-Packard/Compaq, Microsoft, Apple Computer, Xerox, Fujitsu, Sharp, Sony, Hyundai, Toshiba and a host of other major vendors and worldwide corporations.

Within the last several years, Mr. Dunkle has been solicited and sought after as the key note speaker at technology industry conferences throughout the world including Japan, Europe and the USA.

Mr. Dunkle with his wife Jennifer, most recently owned, operated and hosted one of the predominant and most pervasive automotive websites on the Internet – Rennlist.com. This Internet portal provides discussion forums, classifieds, Memberships and Sponsor programs for Porsche™ enthusiasts from throughout the world. Today, the site enjoys daily visits from hundreds of thousands of users, members and enthusiasts worldwide.  The site has been in continuous operation since May of 1998 and was sold to a major corporation November of 2008.